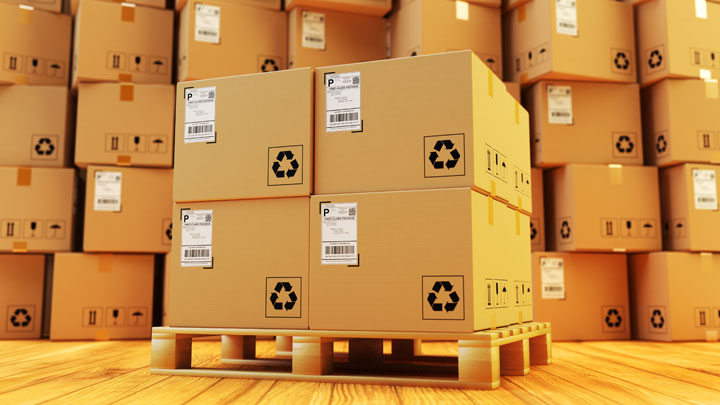 The “BIG BOX” word mark (“the Mark”) was registered by Big Box Corporation (“the Proprietor”) in Singapore under Class 35 on 26 January 2005 (“Application Date”). The Applicant, Courts (Singapore) Pte. Ltd. (“the Applicant”), opened a retail warehouse and in December 2014, placed advertisements in a local newspaper that described the warehouse as “COURTS BIG BOX MEGASTORE” (emphasis added).

Proprietor sent a cease and desist letter that alleged infringement of their mark by reason of the words “BIG BOX” in the advertisements. Applicant applied for a declaration to invalidate the Mark and sought to establish that the Mark was devoid of distinctive character, descriptive or generic as at Application Date and should be declared invalid ab initio under Sections 7(1)(b), (c) and (d) of the Singapore Trademarks Act.

IP Adjudicator, David Llewelyn, considered the three grounds of invalidation under Sections 7(1)(b), (c) and (d) without considering whether the Mark was used, promoted or marketed by the Proprietor.

He said that where an applicant satisfied the burden of proof when relying on Sections 7(1)(b), (c) and or (d), the proprietor has an opportunity under Section 23(2) to establish on a balance of probabilities that the mark has become distinctive by reason of its use by the proprietor after the application date. However, reference was made to Chan Seng Onn J. in the case of Love & Co Pte Ltd v The Carat Club Pte Ltd that it will be enormously difficult to save marks from deregistration under Section 23(2) if they had been wrongly registered in breach of Sections 7(1)(b), (c) and (d) in the first place.

Section 7(1)(c)
The IP Adjudicator emphasized that the Mark was registered for a range of services that may be made available in a variety of ways from different locations. Reference was made to the Court of Appeal case of Société des Produits Nestlé SA v Petra Foods Ltd where it was stated that under Section 7, “the critical question to ask is whether the average consumer would appreciate the trade mark significance of the mark in question without being educated that it is being used for that purpose”. Referring to the seventeen types of services in the specification of services of the Mark, he came to the conclusion that the average consumer in Singapore would so appreciate. North American dictionary definitions of “big box” were not taken to be relevant as there was no evidence that the average consumer in Singapore had adopted such definitions as at the Application Date.

Section 7(1)(d)
Applicant contended that as at Application Date there was clear consumer sentiment that the words “BIG BOX” were viewed by the body of traders in the retail and warehouse industries as a generic description of “a large retail or warehouse establishment”. Proprietor contended that the determination of whether “BIG BOX” is generic and customary in local Singapore parlance had to be taken from the perspective of the average man on the SBS Transit bus, who would in all likelihood simply think “BIG BOX” refers to a large container. The IP Adjudicator reviewed evidence of subsequent sporadic use adduced by the Applicant of the words “big box” in Singapore newspaper and internet articles over a period of eleven years since Application Date and concluded, based on a balance of probabilities, that the words “BIG BOX” had not become customary in either the language or in the bona fide and established practices of the trade as at the Application Date.

Section 7(1)(b)
In summary, the IP Adjudicator decided that the Mark was inherently distinctive and capable of performing its function as an indication of trade origin.

Thus, Applicant’s grounds of invalidation of the Mark under Sections 7(1)(b), (c) and (d) failed.

In the High Court
On appeal to the High Court, Justice George Wei (“the Judge”) concurred with the IP Adjudicator that the Oxford and Merriam Webster online dictionary definitions of “big box” were not useful to the Applicant’s case as there was no evidence that these definitions had entered the vernacular in Singapore on the Application Date. The Judge emphasized that the key issue was whether the average consumer in Singapore would be familiar with the descriptive meaning of the words “big box”.

Taking into consideration that the relevant public in Singapore comprised not just a few large multinational retail chains, retailers and warehouse businesses but consumers in Singapore, the Judge did not accept the Applicant’s contention that the Mark was customary in the current language in Singapore or in the bona fide and established practices of the trade as at the Application Date.

On the Applicant’s contention that the Mark was devoid of distinctive character, the Judge said evidence that the words “big box” being synonymous in Singapore today with large retail or warehouse businesses does not necessarily mean that the words lacked distinctiveness as at the Application Date.

Thus, the appeal was dismissed.

The Judge stressed on the issue of difficulties in attacking a registered trade mark many years after its registration on the basis of invalidity at the date of its registration in view of the intricacies in obtaining independent persuasive evidence on whether the relevant public viewed the mark in question as a trade mark for the relevant goods or services at a date long in the past. It will also be an uphill task for proprietors to collate evidence to demonstrate that, even if the trade mark lacked distinctiveness all those years ago, it has through use acquired de facto distinctiveness (as an indicator of trade origin) in the minds of the relevant public. In view of the opaque nature of such evidence, especially surveys, the evidence must be assessed with great care.

Protected: Greater Protection for Well-known Trademarks
by Azlina A Khalid

Protected: Singapore’s Accession to the Locarno Agreement
by Cindy Loke