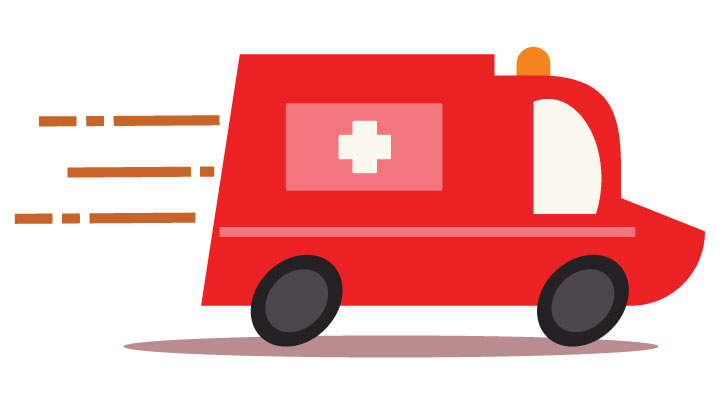 Dial TM for an Ambulance
by Lim Eng Leong

The deep-seated need for every brand owner to secure exclusive rights to use a trade mark does not discriminate when it comes to the source of the mark or identity of the owner. This is regardless of whether the owner runs a commercial enterprise or is a non-profit organization. The Plaintiff in this High Court case St. John Ambulans Malaysia v PJ Uniform Sdn Bhd fought to justify not only its cause of action but also its core identity, when the Defendant brought forth to question the Plaintiff’s locus standi as a non-profit organization in enforcing its trade mark rights. Here are some salient facts on the case:

St. John Ambulans Malaysia (‘SJAM’) is a non-profit charitable statutory body incorporated under the St. John Ambulans Malaysia (Incorporation) Act 1972 (SJAM Act). Prior to the said incorporation, the Plaintiff had already established a strong presence in the country since the early 1900s, as St. John Ambulance Association and St. John Ambulance Brigade. Its objective is to render all works of humanity and charity for the relief of persons in sickness, distress, suffering and danger without any distinction of race, class, colour or creed. In the course of providing such humanitarian services, the Plaintiff relied upon the SJAM emblem for identification as well as promotion of its public profile.

The Defendant, PJ Uniform Sdn Bhd is involved in the business of manufacture, sale, supply and distribution of uniform clothing. Prior to the case, the Defendant had received a warning notice from the Plaintiff regarding unauthorized use of the SJAM emblem, which the Plaintiff had registered in 2010 in Malaysia for class 25 ‘articles of clothing, footwear and headgear’. The Plaintiff subsequently filed a complaint with the Enforcement Division of the Ministry of Domestic Trade, Cooperatives and Consumerism based on trap purchases of the Defendant’s T-shirts bearing the SJAM emblem imprinted on them. After the Defendant’s retail outlets were raided by the Enforcement Division, they still refused to co-operate and hence a suit for trade mark infringement and tort of passing-off was filed.

In a December 2014 judgment, the High Court held that the SJAM emblem is at all material times a valid and subsisting registered trade mark. Upon comparison of the SJAM emblem with that imprinted on the Defendant’s T-shirts, it was found that the two emblems exhibited very close resemblance which is sufficient to likely deceive or confuse and attract liability. Moreover evidence showed that customers who had bought the T-shirts from the Defendant sought to return them and requested for an exchange from the Plaintiff, not the Defendant.

On the issue of the Plaintiff’s locus standi, the Defendant sought to argue that the Plaintiff was not entitled to enforce its trade mark rights because they are not profit making and hence is not an entity using a mark in the course of trade. The Court dismissed the Defendant’s contention as misconceived and unmeritorious. The Court found that the Defendant had taken upon itself to narrowly construed the definitions of ‘trade mark’ and ‘in the course of trade’ under Section 3 of the Trade Marks Act 1976 as necessarily requiring the Registered Proprietor to be an entity which undertakes a commercial business as an ongoing concern.

The Judge however, was more inclined to adopt a purposive construction of ‘in the course of trade’ since the opening paragraph of Section 3 provides an allowance for ‘unless the context otherwise requires’. It should encompass the provision of any form of services, including that rendered by non-commercial undertakings. Since the SJAM Act allows the Plaintiff to enter into contracts to raise funds through the sale of products, the Plaintiff is thus authorized to engage in some form of trade that is incidental to its primary charitable or statutory objectives. The Plaintiff receives financial returns from the sale of apparel bearing its trade mark by its authorized distributor, Camps & Apparels Corporation Sdn Bhd (CACSB). Thus even if the Trade Marks Act require commercial business to have been undertaken to come within the ambit of the statute, it can be argued that CACSB’s use of the Plaintiff’s trade mark in trade accrues to the Plaintiff.

When the Plaintiff contended that the Defendant had committed the tort of passing-off, the Defendant harped on the Plaintiff’s inability of having any goodwill (a key element in establishing passing-off) by reason that the Plaintiff is not at all material times engaged in commercial business. The Judge observed that the century-old reputation of SJAM as a provider of charitable and humanitarian services to the public is renowned, helping over millions of Malaysians. This unchallenged position, even by the Defendant, adequately meets the first element of the tort which must be liberally construed to include non-commercial undertakings.

The reliefs granted to the Plaintiff were fair but generous. SJAM was declared the common law proprietor of their trade mark and a perpetual injunction was granted against the Defendant. Further, the Court ordered the losing party to furnish the Plaintiff with account of their profits with interest, destruction of the infringing T-shirts and for the first time, an Order from the Court for the Defendant to publish notices in the press (in 3 languages: Malay, Chinese and English), at its own expense, to inform the public of the unauthorized use and express regret for its action.

The underlying rationale of the importance for trade mark owners like the Plaintiff to assert their IP rights is because the public does actually associate these organizations with their trade marks. The reputation and cause of these organizations deserve protection. It is not realistic to expect a non-profit to merely adopt a laissez-faire approach towards its intellectual property merely because it is a piece of intangible asset. Fiercely safeguarding one’s intellectual property rights does not necessarily pose a moral dilemma or make the non-profit any less noble in its cause.