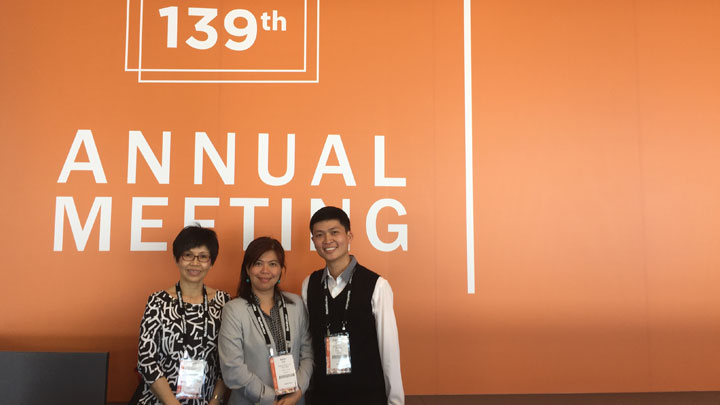 INTA made a return to the European continent for its Annual General Meeting almost 10 years after it was last held in Berlin, Germany in 2008. This year, sunny Barcelona, Spain played host to more than 10,600 registered attendees for the 139th edition.

The number of attendees continues to increase annually but this year’s demographic was more diverse and balanced, with 30% attendees from each continent – Europe, Asia and North America. Henry Goh was represented by our Managing Director, Ms Karen Goh, our General Manager, Ms Tham Sau Yin and Mr Lim Eng Leong, our Legal Counsel and Trade Mark Manager. It was a hectic five days of networking for them but it was worth the time spent as it was highly productive for the HG Team. There was the usual exchange of information and more importantly, new business connections were made and long term ties were strengthened. The hot topics that created a buzz amongst the attendees this time round centered on UK’s historical Brexit vote and the fate of the TPPA as well as their respective impact on intellectual property rights.

As a city steeped in history and incredible architecture, Barcelona has many memorable locations to offer for the various networking receptions and parties. INTA 2017 came to a fitting close with a one-of-a-kind beach party at Barcelonetta. Here’s to seeing our IP friends again in Seattle, Washington next year!