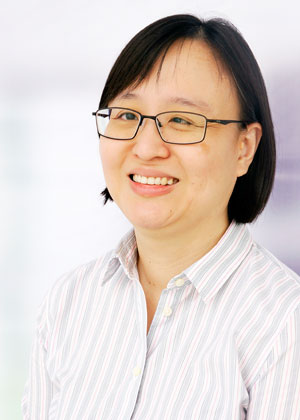 Yen is Head of Patent and Industrial Design at Henry Goh Malaysia. She joined the firm in 2002 and qualified as a registered Malaysian patent, industrial design and trademark agent in 2004. Yen was appointed Business Development Manager in 2008. Since 2013 Yen also served as Patent Manager overseeing daily operations for patents, including staff training and education on Malaysian and foreign patent law and practice, prior to being appointed as Head of Patent and Industrial Design in January 2021.

Yen holds a Master of Laws degree (with merit) from the University of London and an Honours degree in Microbiology from University Malaya.

She specializes in the fields of biotechnology and chemistry patenting. Her advice on identification of patentable inventions, drafting of patent specifications, and prosecution of Malaysian and overseas patent applications are much sought after by clients and colleagues alike. Yen’s opinions on patentability, infringement, freedom-to-operate and validity have played a key role in clients’ decision-making process for launch of their products.

She has conducted workshops and regularly speaks at seminars on the subject of Malaysian and foreign patent practice and prosecution, interpretation of patent claim scope, patent searching and plant variety protection.

Over the course of her patent career, she has gained considerable depth of experience in patent drafting, prosecution, and contentious matters, in a wide variety of technical fields, both locally and internationally.

Yen is cited as a recommended professional for patent prosecution in Intellectual Asset Magazine’s (IAM) Patent 1000 – The World’s Leading Patent Practitioners. In addition to patent prosecution, she has been recognized as a Malaysian IP Star by Managing Intellectual Property’s IP Handbook for her expertise in the areas of patent strategy and counseling, opinion, licensing, protection and litigation, and opposition.

In addition to Patent and Industrial Design, Yen currently heads Business Development at Henry Goh. She oversees the marketing activities and implementation of the firm’s business plan. Together with Henry Goh’s capable team of IP professionals, she establishes strategic partnerships with local and foreign associates to better serve the firm’s clients in the global IP arena.

Besides an abiding dedication to patent law and business development, Yen has a deep appreciation for ancient languages and scripture, a mad passion for LEGO® building and an illogical obsession with Manchester United.

Find Out About Our Firm