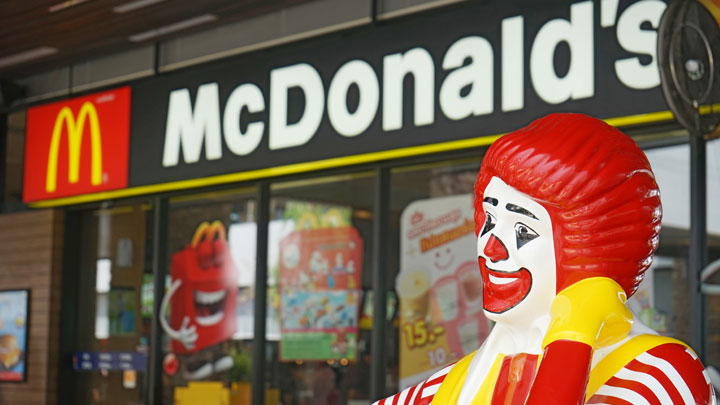 Return of the “Mc”
by Kelvin Ganesan

The Learned High Court judge found in favour of McDonald’s Corporation and held that customers familiar with the McDonald’s trademark would logically assume that the prefix ‘Mc’ in McCurry would be associated with McDonald’s. However, McCurry appealed against the decision of the High Court, and at the Court of Appeal, their appeal was allowed with the High Court’s decision being reversed.

One of the main reasons given by the Learned Court of Appeal judge, Gopal Sri Ram JCA (as he was known then) for the decision to allow the appeal was that there was no chance of confusion amongst the public due to the fact that the foods that were available in McCurry greatly differed from the foods served at McDonald’s. As we know McDonald’s serves western fast food. McCurry, on the other hand serves Indian food and other local Malaysian cuisine. Furthermore, the fare served by McCurry did not contain the words ‘Mc’ in them. McCurry had not offered to its customers items that were labelled either the same or similar to those sold by McDonald’s.¹

Fast forward to 05 July 2016 where McDonald’s recently won a ruling in the General Court of the European Union in a case between Future Enterprises Pte. Ltd v European Union Intellectual Property Office which stated that the name of McDonald’s is so famous that the company can stop other rivals from registering the trademark ‘Mac’ or ‘Mc’ for foods and beverages. The case was instituted against a firm called Future Enterprises which had tried to apply for the registration of the trademark ‘MacCoffee’. The decision was premised on the fact that consumers might establish a mental link between ‘MacCoffee’ and ‘McDonald’s’ due to the prefix ‘Mac’ or ‘Mc’.

The EU court held on the first part that it is common knowledge, for the part of the relevant public that knows the prefixes of Gaelic surnames, that they are written interchangeably as ‘Mc’ or ‘Mac’.² The EU Court also held that there would be a serious risk that the public would associate the mark ‘MacCoffee’ with the ‘Mc’ family of trademarks and established a mental link between the marks that were owned by McDonald’s. This would raise a serious likelihood that ‘MacCoffee’ would derive an unfair advantage off the reputation of McDonald’s.³ This is due to the ‘Mc’ family of trademarks being associated primarily with McDonald’s. It is important to note that at this time, McDonald’s had not registered the trademark ‘McCoffee’ or the like in Europe. The decision of the EU Court was entirely on the ‘Mc’ family of trademarks.

Turning to the local scene once again, the Malaysian IP practice be it by the Malaysian IP Court and the Malaysian Trade Mark Registry is to provide a check and balance so that no one party monopolises a prefix that indicates a familial name. Be that as it may, it can be argued that the word ‘Mc’ which had no direct relation to food, is only made popular and famous by McDonald’s. Likewise is the case of the usage of the letter “i” in Apple’s products. Consumers have now come to relate to, at a certain level, the origin and/or quality of foods that accompany the prefix ‘Mc’. In EU Court’s decision, this is the gist of the decision in that the ‘Mc’ family of trademarks had been built and made famous by McDonald’s Corporation and the rationale is to prevent another party from taking an unfair advantage of the reputation of a trader who has spent years building up their brand and portfolio of related marks.

The argument would come down to whether a party should be allowed to use the mark ‘Mc’ even if there is no chance of confusion and/or passing off especially even if the goods do not relate to one another. Or would the decision of the EU Court be upheld where a mark has gained such popularity and/or fame that it would have to be protected as a whole i.e. ‘Mc’ family of trademarks. If the EU Court’s decision was made before 2009, would it be a deciding factor in the decision of the McCurry case. We can agree that yes, the food served by McCurry is not the same as that of McDonald’s, however, the use of the word ‘Mc’ in relation to foods would make a consumer think of McDonald’s and the ‘Mc’ family of trademarks.

Although decisions by EU courts are merely persuasive in Malaysia, and thus not binding, there may come a time that the brand of McDonald’s and the ‘Mc’ family of trademarks has grown to an extent that the decision of the EU Court may hold sway in Malaysia. However, for now, it is important to note that the decision of the EU General Court is appealable to the Court of Justice of the European Union, which is the EU’s apex court.