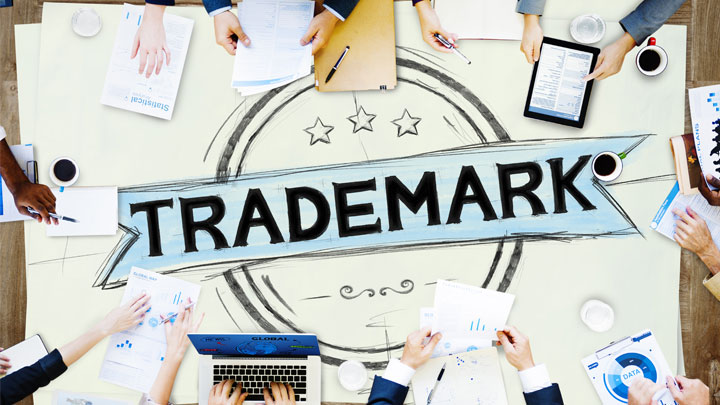 Trade Marks in Malaysia: 2015 Round Up
by Azlina A Khalid

Trade mark protection in Malaysia enjoyed one of its most buoyant years in 2015. With a record high of nearly 36,000 trade mark applications being filed, it is heartening to note that the upward trend of filing for registration is continuing. Interestingly, from a total of 35,923 trademarks that were filed last year, a whopping 56% were filed by local Applicants. This ratio is certainly encouraging as it shows that more Malaysian companies, businesses and/or individuals are IP conscious and are willing to invest in protecting their brands and marks.

The top three countries for which the most number of Applicants were from remained Malaysia, United States of America and Japan respectively. Other active foreign Applicants include those from China, the United Kingdom, Singapore, Germany, France, Switzerland and Taiwan. This bodes well for the future as it reflects continued confidence in the Malaysian market notwithstanding the present global economy outlook.

The Malaysian Intellectual Property Office (“MyIPO”) has also picked up its pace in processing and allowing more trademarks to be registered. A total number of 28,800 pending applications were issued with Registration Certificates, an increment of 5% in the number of trade marks that have been allowed onto the Register. Given the fact that there have been more local Malaysian applications since the past five years, the number of local marks granted registration were 18,271 whilst for foreign applicants, they totaled 10,529.

Search and examination time remains acceptable with first office actions normally issued within 6-9 months from the date of filing though it has been reported last year that there were instances where marks were accepted as early as the third month after filing. For smooth applications, owners or applicants may expect issuance of registration certificates within 10-15 months. On the prosecution front, MyIPO has also trimmed down the timeframe in dealing with problematic applications. The back log for ex parte Hearings has almost been cleared and they are currently holding Hearings for recent applications.

The timely actions on the part of MyIPO is heartening in view of its ongoing preparations in welcoming the much anticipated changes in trade mark legislation, particularly accession to the Madrid Protocol. MyIPO also has enhanced its stature in providing a one stop training centre for IP practitioners and the public by conducting numerous seminars regularly last year on various topics and engaging with the various stakeholders with the objective of further improving their services and deliverables.

2015 was touted to be the year of change with the much anticipated announcement that Malaysia will be a part of the Madrid Protocol. Alas, 31 December 2015 came and left without the long awaited announcement. It is now anticipated that the legislative amendments will be tabled before Parliament in the current March sitting and that accession will be a reality by the third quarter of 2016.

Another significant and foreseeable change in the new trade mark amendments will include the collateralization of trade marks as a financial instrument. The Malaysian Government is committed in pushing through this agenda beginning with the current Industrial Designs (Amendment) Act 2013 wherein with effect from 01 July 2013, a registered design may now potentially be the subject of a security interest in return for funding from a financier. Similar amendments are envisaged for the Trade Marks Act. At the time of printing however the position remains that the relevant stake holders such as MyIPO, the Ministry of Finance, Bank Negara Malaysia and others are negotiating on how to make what is envisaged a reality.

On the legal front, 2015 could be said to be a thriving year for trade mark litigation. There were numerous suits that were instituted and we have selected to highlight the following 5 cases which had been decided upon.

This a trade mark expungement case which went all the way to the Federal Court. For the sake of expediency please note that in respect of the above case citation the Appellants (at the Federal Court level) were initially the Defendants at the High Court level.

When the legal suit was initially instituted, Rotta Research was the First Plaintiff and is the manufacturer and registered trademark proprietor of “VIATRIL-S” used for osteoarthritis treatment. The First Plaintiff’s mark is registered in Malaysia since 1976 whilst the 2nd Plaintiff is the authorized distributor. The Plaintiffs had a total of six Defendants comprising of the following:

Rotta filed for cancellation of “ARTRIL 250” and declaratory injunction as well as the cancellation of the offending mark. The Defendants filed a counter claim to expunge the Plaintiff’s registered mark.

Upon appeal to the Federal Court, the following pronouncements were made:

a. There was no requirement to bring in the Registrar as a party to a suit where there is no cause of action against the Registrar;
b. Neither the Court nor the Registrar has the discretion to allow a mark that has been wrongfully registered to remain on the Register. Once the grounds for cancellation has been made out, the mark must be removed or expunged from the Register;
c. It is not the duty of the Registrar to refer any matters to the Court. Disputes regarding identical trademarks must be brought by the party aggrieved; and
d. A determination of likelihood of confusion and/or deception lies with the Court and not with the Registrar of Trade Marks.

This is another interesting expungement case which was decided at the Court of Appeal. Majlis Sukan Negara is the Plaintiff Respondent, a national statutory body also known as the Malaysian Sports Council. They appointed a manufacturer Antioni to produce and supply the “Tiger stripe design” for Malaysian athletes.

The decision of the High Court was that the Plaintiff Respondent proved it was the owner and first user of the design and had earned substantial goodwill and reputation over the design. This was because they had adduced sufficient evidence to show it had paid the Appellant to make the design to be affixed on sports attire and thereby the respondent had used the design as a trademark in the course of trade. As a result, the Judge found that the Appellant’s trademark was wrongly entered or entered without sufficient cause in the register and had to be expunged.

This was an appeal to the Courts against Registrar’s decision to register a trade mark after the mark applied for was opposed and Opposition duly dismissed. The Registrar had dismissed Plaintiff’s Opposition to Defendant’s TM App No. 09050016 filed in Class 30 in respect of Bah Kut Teh Spices (Local Chinese Herbal Soup Ingredients) Being Spices and Condiments; Aromatising or Seasoning Products For Food; Herbs and Spices; Herbs and Mixed Spices; Spice Extracts; Seasoning Mixes; Food Pastes; Prepared Food Mixes; Flavouring For Soups (Other Than Essential Oils). The Plaintiff had an earlier trade mark registration in respect of a similar mark.

Nevertheless when the case went on appeal to the High Court by the Opponent (Plaintiffs in this instant) the Court decided that the mark applied for i.e. the Defendant’s mark was highly similar in look to the Plaintiff’s mark and the said mark was applied onto identical goods. The Court decided that the Registrar had erred in his decision to allow the registration of the Defendant’s trade mark and granted refusal of registration.

This was a case for a Summary Judgment application in respect of trade mark infringement and passing off. The Plaintiff is the owner of the mark “THE CURVE theCurve E@CURVE” in Classes 35, 36 and 43 and is the developer of the shopping mall The Curve in Mutiara Damansara. The mall is well known to the Malaysian public particularly those living in the Klang Valley. The Defendant on the other hand carried on the business of operating hotel called “The Curve Hotel”, located in the northern state of Penang. After receiving a warning letter the Defendant subsequently changed its hotel name to “The Corum View Hotel”.

Notwithstanding the above, the Plaintiff proceeded to file a legal suit as well as an application for summary judgment. At the Hearing of the application, it was held that the Defendant had admitted that it used a mark that was identical to the Plaintiff’s registered marks. Plaintiff had further established that it had the requisite goodwill and reputation arising from the use of its registered trademarks. Accordingly the application for summary judgment was allowed.

The past year has seen trade mark work in Malaysia continue gaining strength echoed in its highest number of filings to date hand in hand with Registry’s improved services in facilitating the registration of trade mark applications. At the other end of the protection spectrum, the various cases that have been illustrated above show that the Courts will endeavor to continue protecting the rights of statutory and common law owners of trade marks. It is hoped that the accession to Madrid Protocol will be a positive contribution to the thriving landscape of trade mark matters here.

In a landmark 2017 decision, the United Kingdom’s Supreme Court determined that patent infringement can arise even in a scenario ...