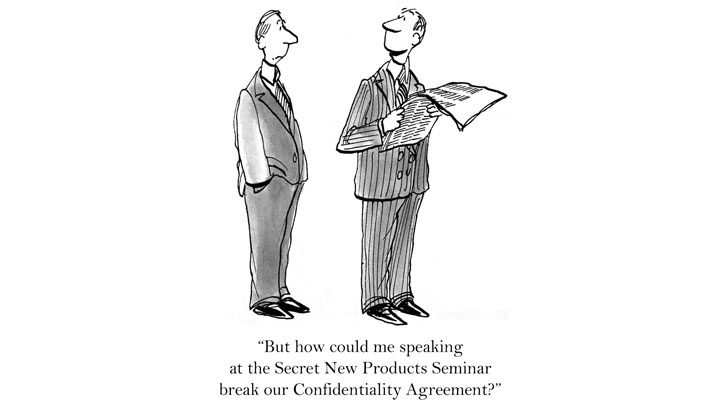 Malaysian patent law has a worldwide novelty standard, qualified by a 12-month grace period. Section 14(3) of the Malaysian Patents Act stipulates that this grace period is available to a patent applicant in respect of disclosures that are by reason or in consequence of:

Under the grace period provision, any such disclosure occurring 12 months preceding the filing date of the Malaysian patent application would not be novelty defeating.

Nonetheless, there have been scenarios that many inventors or patent applicants realized that they cannot rely on the 12-month novelty grace period (Section 14(3) of Malaysian Patents Act) in pursuing patent protection for their invention in Malaysia.

Therefore, it is important for patent applicants to be aware and to understand what kind of third party disclosures can result in bars to patentability and hence the loss of patent rights.

First and foremost, who is the third party in this context? Anyone who is not the applicant or inventor is potentially considered as third party. This could possibly be the employees, contractors, investors, suppliers, customers, family members, friends, colleagues, peers, etc.

The following are a non-exhaustive list of scenarios in relation to third party disclosures which do typically constitute bars to patentability:

Scenario 1
The 12-month grace period exempts only disclosures made by or in consequence of an act by the applicant or his predecessor in title, or any abuse of the applicant’s rights. Consequently, if an applicant files a patent application for an invention, but a third party independently conceives the same invention and publicly discloses such invention prior to the applicant’s filing date, in this circumstance, the applicant would not be entitled to a patent in view of the third party’s prior disclosure.

Scenario 2
Generally, disclosures made in confidence would not be treated as prior art that destroys novelty. For instance, discussions with a patent agent pertaining to an invention will not become part of the prior art because of the obligation which they have to keep the information confidential.

Likewise, disclosures made under a confidentiality or non-disclosure agreement, in principle, do not become part of the prior art.

Nevertheless, if someone breaches the confidentiality or non-disclosure agreement, that could prejudice the applicant’s patent rights.

Say a patent applicant commissioned several third parties to supply, to manufacture and to plan for commercialization strategy of his invention under a confidentiality agreement, and one of them discloses the invention prior to the applicant’s filing date. It would be difficult to find out and to prove who has breached the agreement and it may be harder still to obtain suitable remedy from them, let alone for the applicant to rely on the grace period provision of “abuse of right”.

Scenario 3
Showing invention to third parties not bound to confidentiality could be detrimental to patentability.

Most patent applicants would be careful in having a confidentiality or non-disclosure agreement signed when dealing with their suppliers, investors, business partners, etc. But many forget about informal disclosures and public oral disclosures. For example, a casual conversation in a family dinner or friends gathering, during which the patent applicant divulges his invention. Suppose a journalist sitting at the next table overheard of his invention and published the idea of his invention in a journal article. Such disclosure could be detrimental as the information is given to a third party with no obligation to keep it confidential.

It is hard for the applicant to rely on the provision that his rights was abused in this instance as there is no relationship that could be established between himself and the journalist to show the abuse act. Moreover, the journalist does not have any obligation to keep the information secret and his act, i.e. the publication does not amount to a breach of confidence.

In any circumstance where a public disclosure of an invention has already been made by the applicant or third parties, it is always wise to seek professional advice before concluding that a valid patent cannot be pursued since, in some circumstances, it may still be possible to secure patent protection.