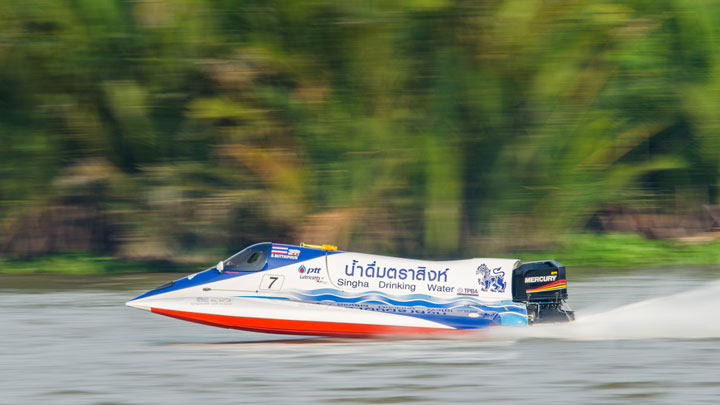 Idea Marketing SA (“the Respondent”) is the global promoter for the F1 Powerboat World Championship racing event. The Respondent has applied to register the application mark “F1H2O” with the priority date of 11 January 2007 (“the relevant date”) in Singapore.

Formula One Licensing BV (“the Appellant”) are managers of trade marks for the FIA Formula One World Championship. The Appellant commenced opposition proceeding against the Respondent’s mark on various sections in the Singapore Trade Marks Act (“STMA”) based on the Appellant’s three earlier marks “F1 Formula 1”, “FORMULA 1” and “FIA FORMULA 1 WORLD CHAMPIONSHIP” as well as an earlier well-known plain “F1” mark, which was registered on 10 May 2007 (without opposition) which is after the relevant date.

In the first hearing before an Assistant Registrar (“AR”) in 2013 and again before the same Registrar in 2015 (after the matter was remitted by the High Court in 2014); the plain “F1” mark was held not to be a well-known trade mark in Singapore as at the relevant date and therefore it could not be relied upon as an “earlier trade mark” that is similar to the application mark “F1H2O”. Further, the plain “F1” mark was found not to be distinctive to the Appellant (that is, the opponent before the Assistant Registrar) alone as it is descriptive of a particular class or standard associated with the sports of both motorcar and powerboat racing.

On the issue of whether the plain “F1” mark is a descriptive mark that has not acquired distinctiveness; Tay Yong Kwang J. in referring to Section 7 of the STMA said that “the meaning of ‘unregistered trade mark’ must necessarily exclude unregistered trade marks that are unregistrable under S7. Therefore, such trade marks, including those that are devoid of distinctiveness, can never qualify for protection as well known marks…” The Court referred to the case of Societe Des Produits Nestle SA v Petra Foods Ltd [2014] SGHC 252 where it was held that “It is obvious that an unregistered mark, though well known, but does not fulfil the essential function of a trade mark of distinguishing a trader’s goods or services as originating from that trader, is not capable of being protected as a well known mark.” Tay J. agreed with the Assistant Registrar’s decision that prior to the relevant date, the terms “F1” and “Formula 1/One” were descriptive and used to refer to a standard by which vehicles, whether motor cars or powerboats, were categorized and that the media had not associated “F1” exclusively with the Appellant. There was also evidence that “F1” had been used in other sports such as airplane racing.

The Court upheld the AR’s decision that the plain word mark “F1” was not a well-known trade mark in Singapore as at the relevant date and therefore cannot be relied upon as an “earlier trade mark” that is similar to the application mark “F1H2O”.

An appeal from this decision has been filed at the Court of Appeal and the outcome will be reported in a future publication.