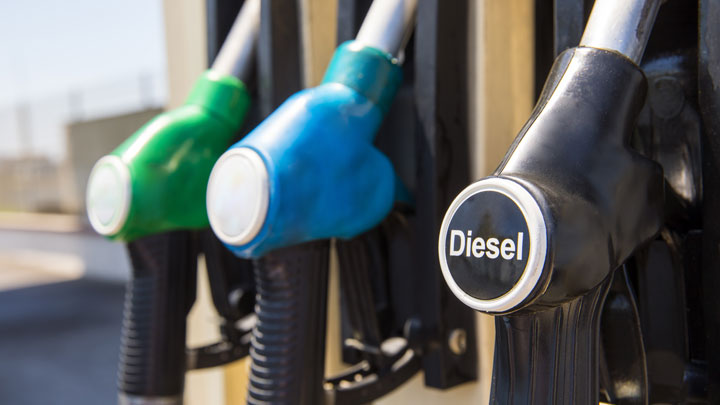 What is in a name? Can one be entitled to use it legally as a trademark? The answers may be gleaned from the recently decided case of Diesel S.P.A. v Bontton Sdn Bhd [2020] MLJU 715.

In response to a trademark infringement suit (with an interim injunction application) and to support a counterclaim, Diesel sought the following declaratory reliefs in a separate originating summons:

This application was opposed by Bontton and subsequently went to the Court of Appeal with Diesel as the appellant.

The appellant’s case is that it is entitled to the declaratory orders because at the end of the day, it is simply using its own name. From the time the appellant was established in 1978 using the trading name of ‘Diesel’, Mr Renzo Rosso named the appellant company and coined the mark DIESEL after being inspired by the oil crisis that affected the world at that time. The trade name and trademark DIESEL is part of the central theme of the appellant’s brand. It forms the “key, essential, dominant and distinguishing feature” of its corporate or trade name; as a “house mark” used in relation to the entire range of its goods. The appellant-company started off as a “tiny jeans manufacturer”. It has since evolved into a lifestyle company with products beyond clothing and apparel.

As the owner of the DIESEL marks worldwide, the appellant took steps to protect its rights by embarking on a worldwide trademark filing program, owning at one time more than 1429 trademark registrations and applications around the globe, including 25 filings in Malaysia dating back as early as 1992. The appellant submitted that their common law rights extended to Malaysia when in 2000 they appointed Apcott PP (M) Sdn Bhd as the sole distributor of DIESEL products in Class 18. Coupled with the goodwill and reputation that it had acquired over the past 40 plus years, the appellant submitted that it is entitled to the use of its own name and the DIESEL marks in their own trade dress will always be associated with the appellant and no other. More importantly, that use of its own name is done in good faith.

It was the appellant’s submission that the own name doctrine is actually enshrined within section 40(1)(a) of the former Trade Marks Act 1976 (“TMA 1976”) and that this course of action is not prohibited by section 38(1); and that the appellant is entitled to take this approach even in the absence of a trademark infringement action.

First, the Court of Appeal was invited to invoke its discretionary power under section 41 of the Specific Relief Act 1950 (“SRA 1950”) and/or inherent jurisdiction to grant the particular orders sought. Section 41 provides for the discretion of the court as to declaration of status or right:

“Any person entitled to any legal character, or to any right as to any property, may institute a suit against any person denying, or interested to deny, his title to the character or right, and the court may in its discretion make therein a declaration that he is so entitled, and the plaintiff need not in that suit ask for any further relief: Provided that no court shall make any such declaration where the plaintiff, being able to seek further relief than a mere declaration or title, omits to do so.”

The appellate court at the outset expressed their agreement with the High Court that the inherent jurisdiction of the Court ought not to be invoked where there is express provision conferring such power / sufficient remedies. However, that is not to say that the inherent jurisdiction of the Court to grant declarations of non-infringement should never be invoked at all in appropriate cases. The appellate judges were of the view that the learned High Court judge had given a rather restrictive interpretation to the Court’s powers to grant declaratory decrees because he was not prepared to exercise discretion unless the appellant could establish ‘legal entitlement’ under section 41.

Thus, the Court of Appeal held broadly that there should be a liberal approach when it comes to declaratory orders and the Court’s powers to grant such decrees arise independently of the requirements of section 41 of SRA 1950. Unless there is clear evidence of abuse of process or express language excluding the grant of declaratory orders in a given set of circumstances, including within the TMA 1976 itself, the Court should recognise that declaratory orders perform a rather critical role in both public and private law. Such decrees should be granted where the decree will resolve a question on competing interests.

Despite the absence of express powers to grant negative declaratory orders in the TMA 1976, often parties do not merely seek orders declaring a positive state of their relationship but cocktail their remedies into a mélange of positive and negative orders. Section 40(1)(a) TMA 1976 must be given a wide and generous construction when determining whether the provision confers any legal entitlement to the appellant within the meaning found in section 41 of the SRA 1950. The powers of the Court cannot be narrowed by such restrictive construction in the absence of express terms in the TMA 1976 excluding such powers. From the given facts, it was also undeniable that the appellant had raised more than adequate and genuine substantial issues of interests and rights of legal character for the Court to make a definitive pronouncement by declaring the status or position of those interests and rights.

The Court must ensure that the underlying right to use one’s own name as its mark in trade, meets the conditions in the TMA 1976 and SRA 1950. The principle that one is entitled to use one’s name in trade or business is actually encapsulated not only in section 40(1)(a) but also in section 10 (which allows inter alia the name of an individual, company or firm represented in a special or particular manner to be registered) and section 16 (use of name of another person).

In the said appeal, the Court of Appeal found the conditions satisfactorily met because the appellant had provided ample documentary evidence of the creation of its name and mark, its evolution and of its numerous efforts in promoting its DIESEL marks. The evidence was overwhelming and it is beyond doubt that the appellant had used and continued to use its own corporate name as its house mark and has done so for decades. The Court of Appeal cannot for any moment consider an argument that the right to use one’s own name in one’s goods is not at all a legal entitlement.

TMA 1976 implicitly recognizes the right of a person to use one’s own name or in the case of a company, its own name and that such use does not infringe another trademark (though the same and registered) provided of course, that such use is in good faith. This right justifiably merits Court’s protection by the grant of the declaration of non-infringement sought. Priority of use or registration does not displace the good faith use of one’s own name. The entitlement to use one’s own name in one’s goods or services is only curtailed by the presence of bad faith, subjectively assessed. The Court could not find any suggestion of such debilitating factors in the said appeal and thus found in favour of the appellant.

This 2016 appeal was of course decided under the old Trade Marks Act 1976, which has now been repealed by the new Trademarks Act 2019. We believe a similar judicial conclusion would still be reached under the new Act’s section 55(1)(a) because the provisions are in fact clearer and wider in scope: