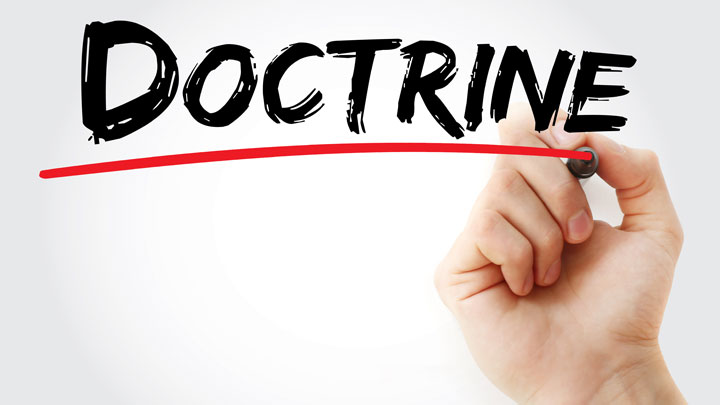 In a landmark 2017 decision, the United Kingdom’s Supreme Court determined that patent infringement can arise even in a scenario where the alleged infringement is outside the wording of the claim when construed according to established principles of construction. Traditionally, the scope of a patent claim in the UK was determined purposively applying the principles laid down and successively refined in the classic Catnic, Improver and Kirin-Amgen cases. The determination thereafter on whether there was infringement was constrained by the claim scope so decided upon. In other words, if it were established that the language of the claim (as would be understood by a person skilled in the art) did not extend to cover an alleged equivalent or variant, there could not be infringement.

According to the Supreme Court in Actavis UK Limited and others v Eli Lilly and Company ([2017] UKSC 48), infringement may now arise even where the language of the claim would not be understood as extending to the alleged equivalent or variant. The Supreme Court judgment set out guidance for determining whether there is infringement in such circumstances, based on a revised set of the Improver questions. This landmark decision from the UK’s highest court is generally seen as introducing a doctrine of equivalents into the assessment of patent claims.

In Malaysia, the principles of purposive construction have been consistently adopted by the High Court for patent interpretation. Such an approach has been upheld by the Court of Appeal in Cadware Sdn Bhd v Ronic Corporation ([2013] 6 MLJ 19) and the Federal Court in Spind Malaysia Sdn Bhd v Justrade Marketing Sdn Bhd & Anor ([2018] 4 MLJ 34). However, in two recent High Court cases, advocates have additionally presented arguments for infringement based on the newly-adopted UK standard under Actavis.

In Kingtime International Ltd & Anor v Petrofac E&C Sdn Bhd ([2018] MLJU 1840), the particular controversy centred on a wellhead deck being “removeably attached” to the hull and/or deck frame. In the alleged infringement, the attachment was achieved by welding. The Court was persuaded of infringement based on the evidence of technical experts called by the Plaintiffs. Quoting from the written judgement:

a purposive and literal reading of the 3 claims do not require the WHD [wellhead deck] to be removed from the MOPU [mobile offshore production unit] without any damage to the WHS [wellhead structure] and the remaining WHP [wellhead platform], so long as the WHD is designed with the capacity of being detached later from the MOPU and can be re-utilized in another EPS [early production system]

Such an evaluation appears to be a classic contextual or purposive construction of the claim that gives meaning to the claim wording from the perspective of the skilled person without any need to inquire beyond the claim language. In the event, infringement was found based on each of three different measures for assessing infringement – the so-called essential integers test, the Improver questions, and the Actavis standard. However, aside from the question of whether Actavis is applicable at all in Malaysia, the facts of this case do not clearly demonstrate a need to invoke it.

The second case, Emerico Sdn Bhd v Maxvigo Solution Sdn Bhd ([2020] MLJU 340), concerned the validity and infringement of a utility innovation certificate. The innovation related to a protective sleeve that houses a biometric device and a card reader, which peripherals were electrically connected to a tablet received in a recess of this sleeve, the assembly realizing an integral computing device with enhanced functionality. At trial, there were three features of the claim in dispute and the parallel features of the alleged infringing device were each held to be immaterial variants. One of those three features required “a connector tab extended to the recess for contacting with a socket connector of the electronic device”. In the alleged infringing product, the connection was achieved by means of a cable that extended into the recess and terminated in a USB connector that plugged into the tablet. This arrangement was held to be an equivalent to the claim feature. There was no elaboration of this feature in the UIC’s description. However, the claim language that the connector tab “extended” into the recess would appear to be broad enough to cover the option of using the intermediary of a cable as opposed, say, to the connector tab being necessarily mounted rigidly at the edge of the recess so that it inserts into the corresponding socket on the tablet when the tablet is pushed into the recess. Here, once again, it is submitted that the same conclusion on infringement could have been reached using tried-and-tested purposive construction principles.

Although interesting, based on the reported decisions neither of these two High Court cases is particularly fruitful ground for thoughtful application of the Actavis principles. And while advocates can hardly be blamed for exploring new avenues for establishing patent infringement, there is also serious doubt as to the pertinence of Actavis under Malaysian law.

The Actavis decision was made in the unique environment of European patents, in particular the long-felt need for harmonization of practice between the courts of disparate European nations. Apart from that, the Protocol on the Interpretation of Article 69 of the European Patent Convention stipulates that “due account shall be taken of any element which is equivalent to an element specified in the claims”. Neither of these conditions has any relevance in Malaysia.

Indeed, in Singapore the Court of Appeal has already rejected the application of Actavis on these grounds (among others). The Singapore Court of Appeal opined that purposive construction has struck the right balance whereas the Actavis standard would lead to undue uncertainty with its lesser reliance on the actual claim wording. It is only a matter of time before the Malaysian Court of Appeal is called upon to weigh the same issues.