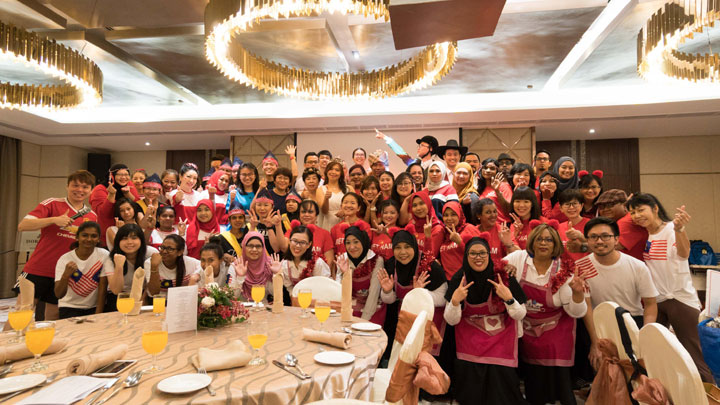 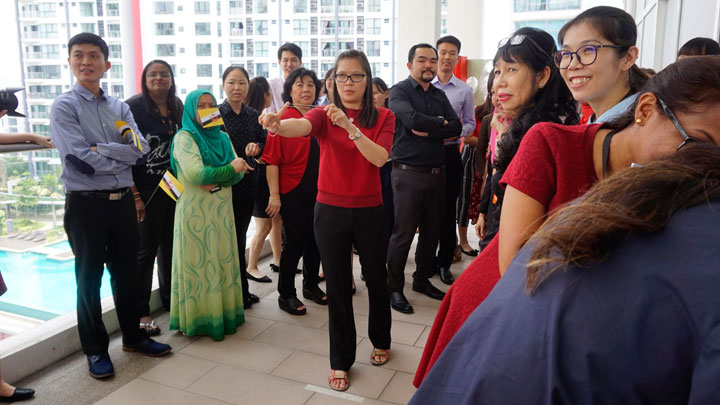 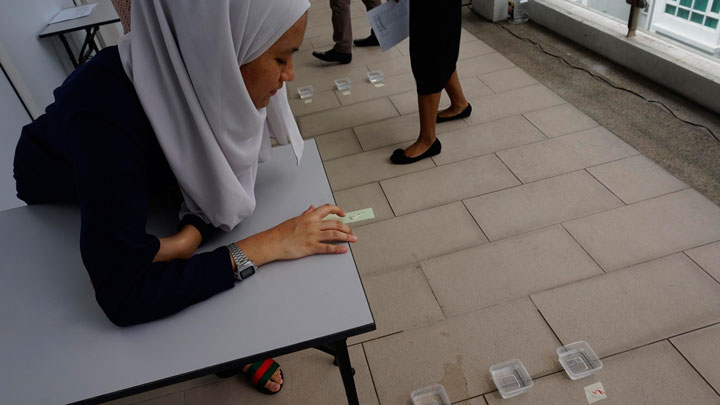 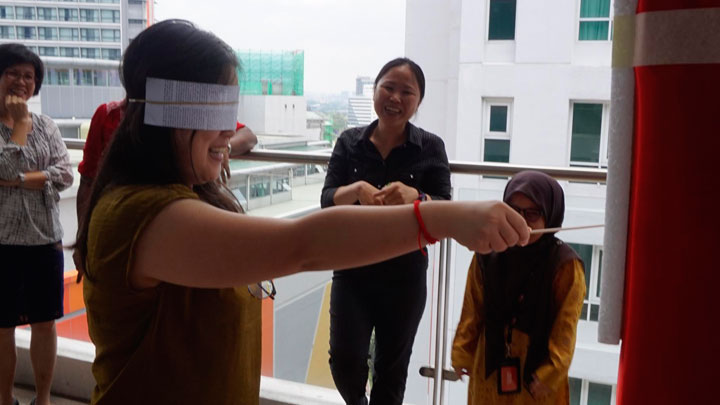 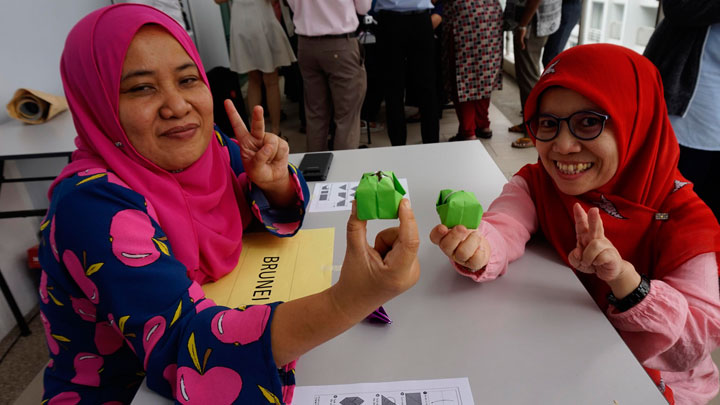 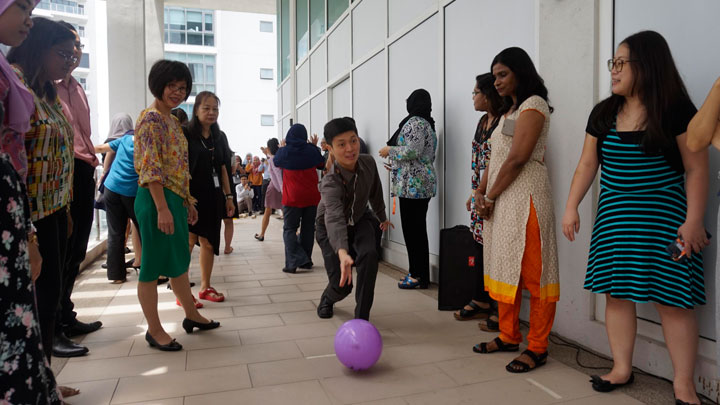 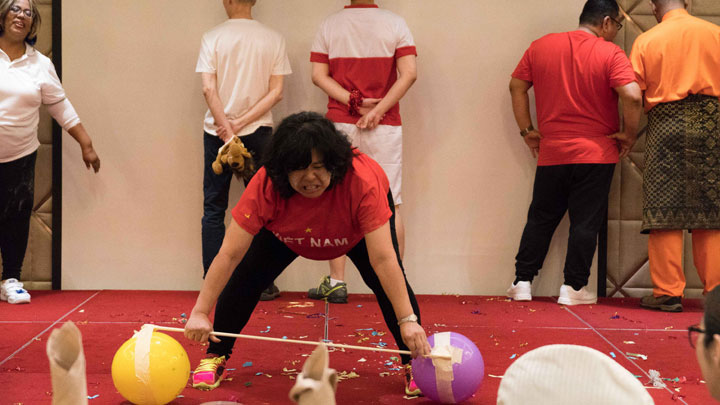 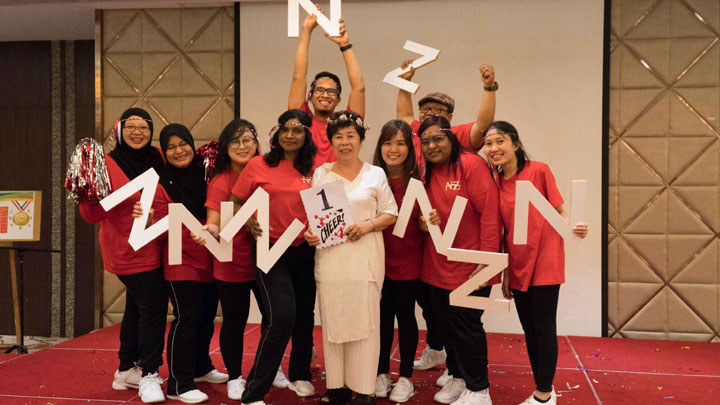 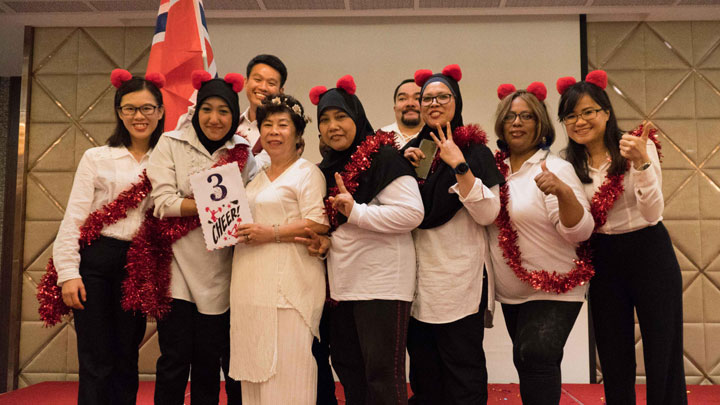 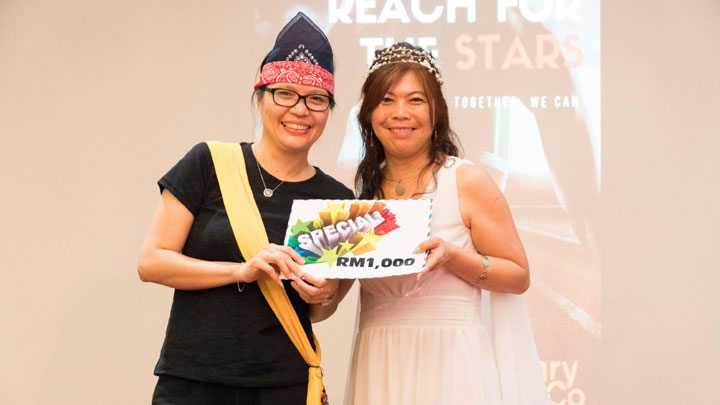 This year, there was a departure from the usual when Henry Goh went all sporty and decided that GO FOR GOLD would be the theme for its annual company dinner. Taking a leaf from the Olympics Games, staff were divided into teams of 9-10 persons where each team will choose and represent a country of their choice, imaginary ones included. Each team then had to participate in a series of sporting events as a build up to the dinner itself which was held at the Dorsett Hotel Ballroom on Saturday 20 October 2018.

The six teams were Brunei, Norway, New Zealand, Singapore and Vietnam. One team named itself the People’s Republic of Chincainia. To up the ante, the organizing committee introduced a cheer leading competition amongst the teams, to be performed during the annual dinner.

The sporting events included variations of archery, bowling, boxing, diving, fencing and weight lifting. These were all done at our office’s balcony during designated lunch times over the course of two months. Everyone participated with much gusto and competition was fierce at each and every event. Concurrently, each team worked hard on their cheerleading presentation due to every team’s competitive streak.

On the night itself, everyone was on tenterhooks and there was an evident sigh of relief all around once the respective teams had finished performing. New Zealand was crowned the Cheerleading Champion with their impressive Hakka like cheer and Norway emerged as the Grand Champion amongst the teams when all the points were tabulated and results announced.

As usual there was an array of delicious food served buffet style and the organizing committee did a fabulous job in entertaining those present with their well-produced videos and “televised broadcast” that kept everyone in stitches.

The annual dinner would not be complete without a lucky draw and everyone walked away a winner with the luckiest of the lot drawing a cash prize of RM 1000. All in it was a thoroughly enjoyable night which fostered greater camaraderie amongst the people of Henry Goh.