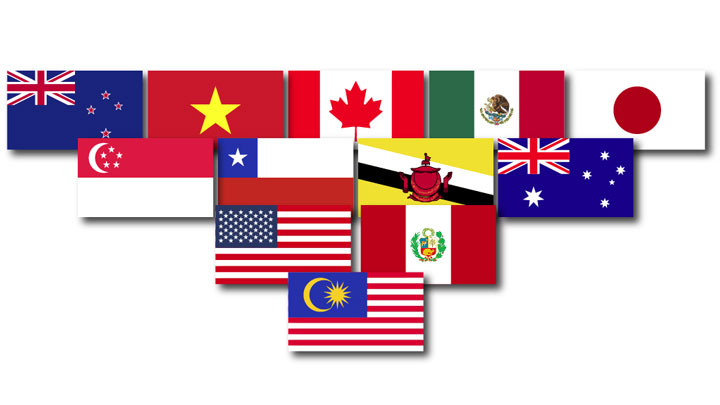 The TPPA covers an expansive scope of policies; from market access for goods, technical barriers to trade, government procurement to financial services. For the purposes of this article, we will zoom in on some of the intellectual property (IP) provisions of the TPPA to highlight the impact they could pose on existing Malaysian IP laws, particularly on trade mark. Chapter 18, Article 18 of the TPPA basically lays out the minimum level of IP protection that a TPPA party must put into place and enforce. In general, Malaysia is already in compliance with most requirements but there is some room for change if we are to accede to the TPPA formally.

Signs Registrable as Trade Marks
Article 18.18 provides that no Party shall require a sign to be visually perceptible as a condition of registration. Neither can a Party deny registration of a trade mark solely on the ground that it is composed of a sound or scent. This amounts to a new obligation for a TPPA member to register trade marks that they could previously reject under TRIPS. In Malaysia, Section 3(2)(a) of the Trade Marks Act 1987 (TMA) defines use of a mark to be “use of a printed or other visual representation of the mark”. Such statutory definition would have to change because it is impossible to present or use a scent or sound mark in a visually perceptible manner. We are still in the midst of amending the TMA to legally recognize and allow registration of non-traditional trade marks.

Well-Known Trade Marks
Malaysia already recognises well-known trade marks outside their home countries vide certain provisions of the TMA. Section 14(1)(d) for example provides that a mark shall not be registered if it is identical with or so nearly resembles a mark which is well-known in Malaysia for the same goods or services of another proprietor.

In determining whether a trade mark is well-known, Article 18.22 stipulates that no Party shall deny relief based solely on the lack of (i) a registration; (ii) inclusion on a list of well-known marks; or (iii) prior recognition of the mark as well-known. Malaysia’s provisions on well-known marks are consistent with this spirit and we are already applying Article 6bis of the Paris Convention mutatis mutandis. However, the TPPA may invite some further review of the many-fold criteria of Regulation 13B (Trade Marks Regulations 2000) because the footnote to Article 18.22 of the TPPA states that when determining whether a mark is well-known, no Party shall require that the reputation of the trademark extend beyond the sector of the public that normally deals with the relevant goods or services.

Non-Recordal of a Licence
In Malaysia, the use of the word ‘may’ (instead of ‘shall’) in Section 48(1) TMA on recordal of a registered user or licensee has always been interpreted as a non-mandatory. However, such recordal is highly recommended in order to reap the benefits of sub-section (5) and defend against any future cancellation of mark for non-use i.e. the use of a trade mark by the registered user within the limits of his registration shall be deemed to be use by the registered proprietor.

Such conditional benefits imposed by the TMA may no longer be possible because Article 18.27 of the TPPA stipulates that no Party shall require recordal of trade mark licences as a condition for use of a trade mark by a licensee to constitute use by the holder in a proceeding that relates to the acquisition, maintenance or enforcement of trade marks.

Although an active participant during the negotiations, Malaysia has not yet acceded to the TPPA as an official party but plan to table it before the Parliament in early 2016.