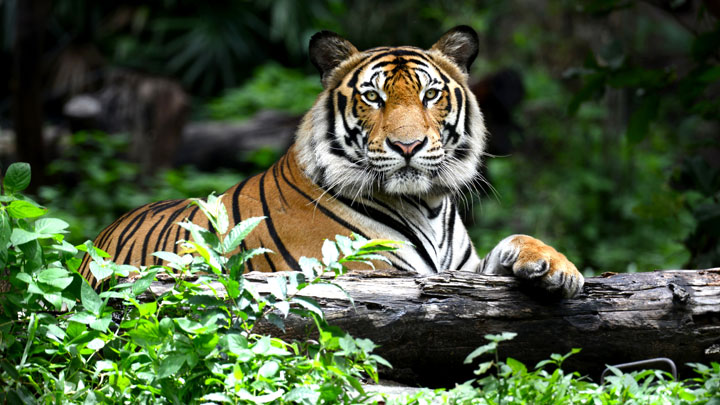 The Tale of the Tiger Stripes
by Kelvin Ganesan

One of the requirements for a trademark to be registered in Malaysia is that the mark or device has to be used in the course of trade. This raises the issue as to what would constitute ‘in the course of trade’. An elucidation on its definition was raised in the case of Mesuma Sports Sdn Bhd v Majlis Sukan Negara, Malaysia [2015] 6 MLJ 465. The matter has since been conclusively decided at the Federal Court level in 2015 and therefore binds future cases with similar legal issues.

The facts of the case was that the Malaysian Youth and Sports Ministry (“the Ministry”) had unveiled a design winning motif on 14 November 2005 consisting of a ‘tiger stripes’ device (“the mark”) for Malaysian athletes at sporting events. The Ministry, after having chosen the mark, entered into a contract with Mesuma Sports Sdn Bhd (“Mesuma”) in 2006 to manufacture and produce sports attire for the Malaysian athletes bearing the mark. Mesuma was in the business of supplying sporting apparel, equipment, accessories, and goods. In 2009, Mesuma, filed for the registration of the mark as a trade mark under the Trade Marks Act 1976 at the Malaysian Intellectual Property Office (“MyIPO”). The mark was successfully registered and when the Ministry tried to register the mark at a later date, the latter’s application stalled because of Mesuma’s prior registration.

The Ministry filed a suit claiming the following causes of action:-

Mesuma countered the Ministry’s claims by stating that they were the rightful owner of the mark as they were the first user of the mark in the market. At the High Court, the matter was decided in favour of the Ministry as they proved their claims. They were also able to prove their substantial goodwill and reputation in relation to the products bearing the mark. Further, the Ministry had successfully shown that it had paid Mesuma to produce the said products. Therefore, the Court ordered for the expungement of Mesuma’s registered mark.

Mesuma subsequently, filed a further appeal to the Federal Court. The main question of law raised was whether a claim for ownership of a trademark depended on who had designed the mark or the first in time to use it as a trade mark in the course of trade. Mesuma contended that a trade mark did not belong to the creator but instead to the party that first used it in the market. Their argument was that the Ministry was not a profit making body and not engaged in commercial trade activities and therefore, could not use the mark in the course of trade. The Ministry countered this argument stating that they had contracted with Mesuma to supply sports attire bearing the mark and that act was sufficient to fulfil the requirement of ‘in the course of trade’.

The Federal Court held that ownership of a mark did not automatically qualify as a trademark ownership. That ownership of a trademark requires proof of it being used in the course of trade, reiterating the importance of use of a mark to denote a source of origin. Nevertheless the Federal Court held that the Ministry was indeed and in fact the first user of the mark when it appointed Mesuma as a supplier of sports apparel bearing the mark. The Ministry, through their activities to commercialise the design through its contract suppliers qualified under the requirement of ‘in the course of trade’. Although Mesuma was the manufacturer of the goods, this did not equate to them having the right as a proprietor of the mark. The Federal Court went on further to state that the Ministry did not have to be a trading entity before it could be said that they had used the mark ‘in the course of trade’. Mesuma’s appeal was therefore dismissed.

The Federal Court decision is currently the standing binding decision for the definition of ‘in the course of trade’. As stated in the judgment granted in the Federal Court, there is no need for the party to be a commercial entity to qualify.

The binding decision of the Federal Court is good news for many non-profit, non-commercial entities that may wish to register their own marks and protect their intellectual property rights. Examples may include the Malaysian Bar Council and their logo, St John Ambulance and their crest and many other similar organisations which have their special brand to indicate a source of origin for their services.