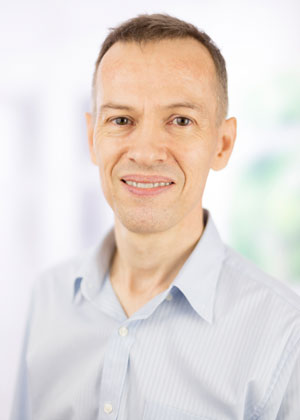 Dave A Wyatt joined Henry Goh Malaysia in 1996 and was appointed as an Executive Director in 2002. He has devoted many years in the Company to building up the human capital, expertise and processes of the Patent and Industrial Design teams.

Upon graduating from The University of Birmingham in the United Kingdom with an honours degree in electronic and electrical engineering, Dave initially worked in industry as a design engineer for a major consumer electronics manufacturer. He began his IP career in the patent department of General Electric Company in the United Kingdom, later working in private practice with leading patent attorney firms in London and Munich. During this period of his career, Dave qualified as a European patent attorney.

Dave is a registered Malaysian patent, industrial design and trademark agent. Apart from sitting and passing the local examinations himself, he has lectured and conducted workshops on patent practice and drafting for candidates seeking to qualify as Malaysian patent agents. His comprehensive in-house training on the technical, legal and procedural aspects of IP protection has led to the successful registration of fourteen Malaysian patent agents at Henry Goh.

Outside of the office, Dave has given presentations on Malaysian IP law and practice to local institutions of higher learning, business councils, industry and professional associations, as well as in Henry Goh’s regular public educational seminars. He has also served as a judge at ITEX, the international invention and innovation exhibition that is held annually in Malaysia.

Throughout his career, Dave’s practice has focused on patent drafting and prosecution. However, apart from prosecution work, patent disputes and litigation have been increasing in Malaysia in recent years and Dave has come to be in demand for his opinions on patent validity and infringement. He has appeared before the High Court in several states of Malaysia as a patent attorney expert witness.

With over 30 years of IP experience, Dave’s advice and opinion are much sought after. They are increasingly leveraged within the Company by Dave offering expertise and mentoring to the patent and industrial design teams, as well as global perspective and insight on developments in IP law and practice. His expertise has also received professional recognition and acknowledgement by industry peers. Dave is listed in IAM Patent 1000, IAM Global Leaders 2022, and in Who’s Who Legal – Patents.

As far as professional affiliations are concerned, Dave is a member of the Malaysian Intellectual Property Association (MIPA), the Asian Patent Attorneys Association (APAA), the International Federation of Industrial Property Attorneys (FICPI) and the International Trademark Association (INTA), and an associate member of the UK’s Chartered Institute of Trademark Attorneys (CITMA). True to his engineering roots, he is also a member of the UK’s Institution of Engineering and Technology (IET) and a chartered engineer of the Engineering Council UK. With his background and experience as an electronic engineer and deep interest in technology, Dave plays an important additional role in supporting the Company’s IT operations.

Find Out About Our Firm